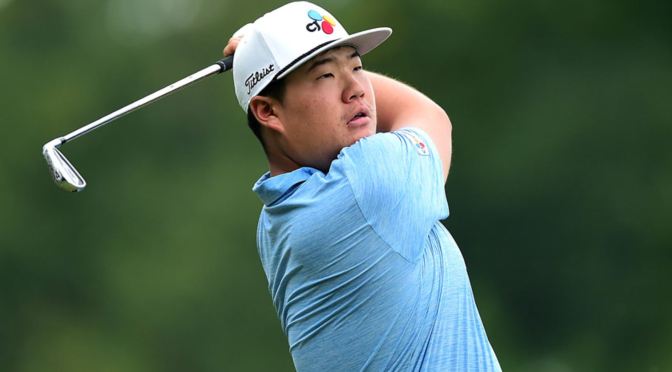 When Francis Ouimet took the field in 1913 to challenge the mighty Harry Varden at the US Open, many in the gallery at the Brookline Country Club no doubt thought it was a joke. Young people didn’t play golf, never mind compete in a Major. At 20 years, 4 months, and 12 days old, he became (at the time) the youngest major champion since “Young” Tom Morris in 1870.

Yesterday, Sungjae Im, a 21-year-old from South Korea, won the Honda Classic at PGA National. He was not surrounded by “old men” when he did it. The PGA Tour is loaded with talented young golfers in 2020. Patrick Reed, Brooks Koepka, Hideki Matsuyama, Justin Thomas, and many more are under the age of twenty-five. They compete. And they win.

It’s not just happening in the United States. Have you heard the name Sami Valimaki? He’s 21 and just won the Oman Open this weekend. He’s the fourth player under twenty-four to win on the European Tour this year. The season is only ten tournaments in. The other young winners are Min Woo Lee of Australia (24), Rasmus Hojgaard of Denmark (18), and Lucas Herbert of Australia (24).  The kids are absolutely killing it out there.

Older Folks can Still Play Too

Tiger Woods is forty-four years old. Can he still play? Watch the 2019 Masters. Phil Mickelson won at Pebble Beach last year a few months before his 49th birthday. Kevin Streelman is forty-one. Vaughn Taylor is forty-three. They are both in the Top 40 for tour winnings this year. You don’t have to be in your early twenties to succeed at golf.

Personally, I’m 53 years old and the guys I play with are mostly younger than I am. My golf game is okay. I can shoot low nineties on most days, but the boys are telling me I should switch to “senior flex shafts.” I’m resistant to it, but I may give it a try this year. Senior shafts are more flexible and get me longer distances, but I don’t want to sacrifice accuracy. What do you think? Please use the comment section to weigh in on this.

My youngest golf partner is Mason “Moose” Curry. His father Blake Curry runs our media department and has been playing with me for years. Moose is seven years old and placed second in the US Kids Golf Championship Round at Stowe Acres last year. He has his own Facebook page. Check it out at https://www.facebook.com/moosegolf/.

Do you have a story you’d like to share about your favorite young golfer? Send it in. We’ll be happy to publish it.