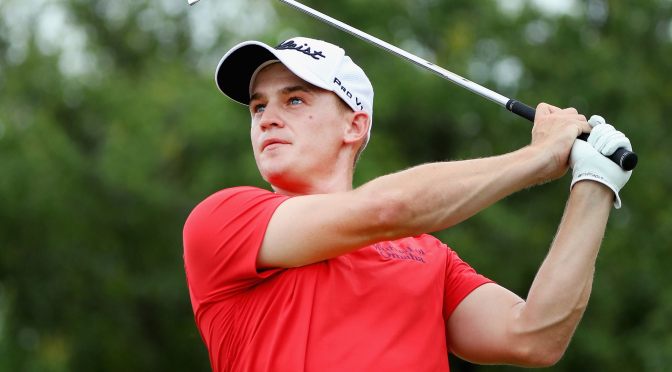 Justin Thomas and Michael Thompson have already won this year. They both struggled through Round One at the PGA Championship yesterday. No worries for Tide fans. Fellow Alabama alum Bud Cauley shot a blistering four under (66) to finish the day tied for third, very much in the running for his first major win. Only an unfortunate bogey on his final hole kept him from a first place finish.

Cauley wasn’t even supposed to be there. He only made the field as an alternate because so many other players withdrew. Don’t tell Cauley he’s there by luck, though. This young man has already overcome adversity just to play golf again. In 2018, he was in the backseat of a BMW that hit a culvert, flipped, and then hit not one, but three trees before coming to a stop.

Cauley was one of four people in the car. He had a collapsed lung, a concussion, six broken ribs and a fractured left leg. The leg was the least of his problems. The rib injury required the insertion of titanium plates and is an area where he still feels lingering pain to this day. If you saw him grimace a bit on the course yesterday, it wasn’t due to anger. The man was in pain. He played through it.

Thomas and Thompson didn’t fair quite as well. Justin hit just six fairways in round one and lost a ball in a tree. That’s right. It never came down. Michael missed his share of fairways also, but bounced back with three birdies on the back nine. Like Thomas, he finished one over (71). Making the cut will be a challenge for both of them.

Alabama has produced its fair share of PGA greats, but where does it rank for all-time golf championships. Keep an eye out in the upcoming weeks as the PGA Tour heats up. We’ll be looking at each of the leaders, and what their alma mater has contributed to golf. At the end of the season, we’ll rank the schools.